I had almost little expectations going into this film. I’m not saying I didn’t expect it to be good. I just didn’t know what to expect. I was aware of this film only from hype. That’s not a lot to go on enough for me to get excited about a film. I mostly knew it from the fact that the style looked exactly like that of Secret of The Kells. I still haven’t seen that film, but I think I will be seeing it soon after seeing Song of the Sea. I collect favorite animation studios like Smurfs collect Smurfberries. Disney, Pixar, Ghibli, Laika, Aardman. All amazing. Song of the Sea was my introduction to Irish animation Studio, Cartoon Saloon. It is a discovery I am glad I made.

END_OF_DOCUMENT_TOKEN_TO_BE_REPLACED

Edgar Allan Poe may have been the master of the short story, but that doesn’t mean his works translate well into full-length movies. It’s difficult to extend a short story into a movie without stretching out the narrative and adding elements not in the original tale, although as long as Vincent Price is in the movie it probably doesn’t matter. 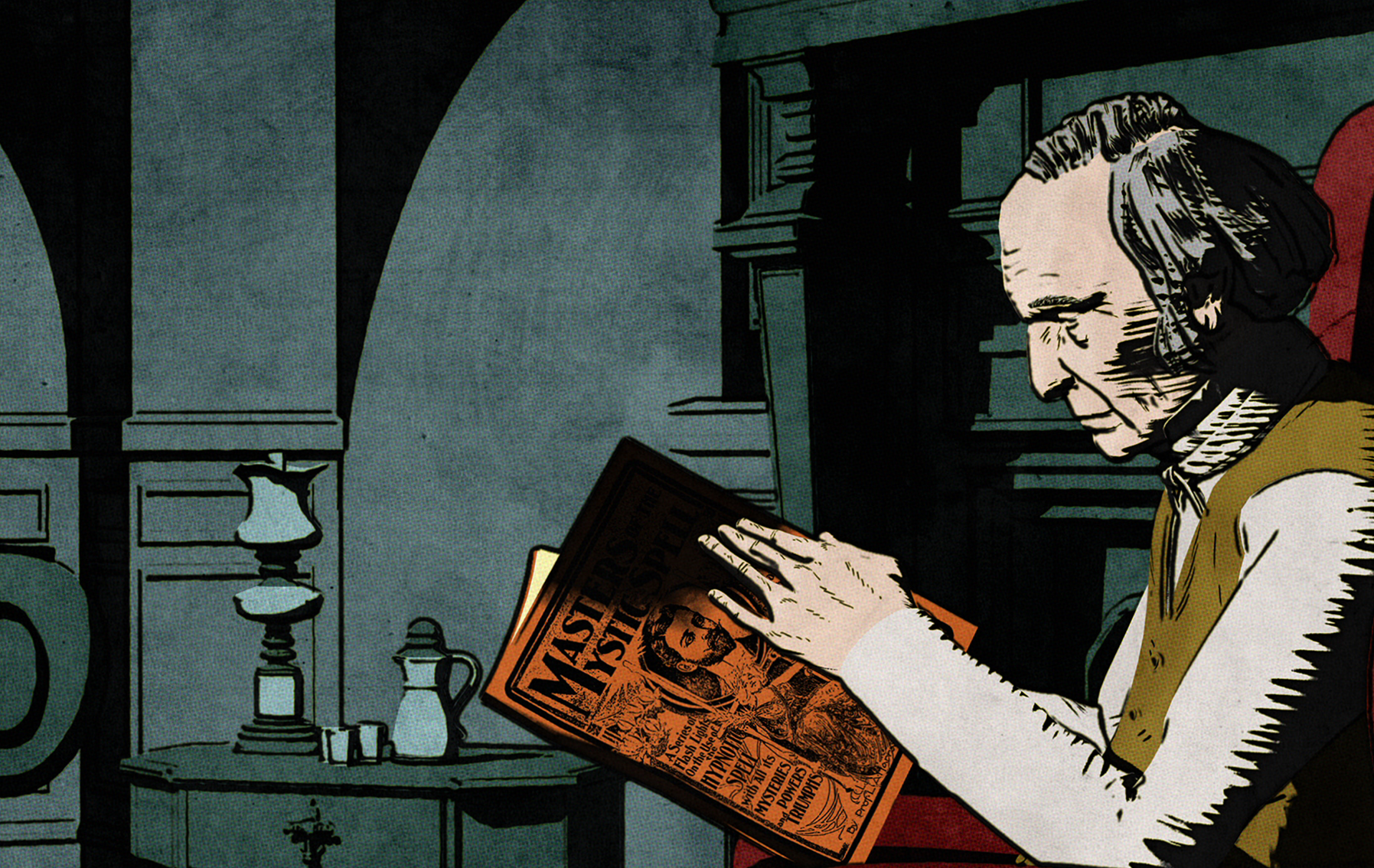 END_OF_DOCUMENT_TOKEN_TO_BE_REPLACED

The Animated Poe: A Review of GKids’ EXTRAORDINARY TALES

As of this month, July 2015, Film Club 3.0 is officially turning two years old. My first film with the club was its second showing, which was a great documentary called Stories We Tell, and since then I’ve now watched over 130 films with the club. Overall, I’ve enjoyed seeing most of the films I’ve screened (sorry, I but I just couldn’t get into Listen Up Philip), so attempting to narrow down 130 films to a list of 10 of my favorites was more difficult than I expected.

When I go into a movie I like to be as open-minded as possible, so beyond watching the trailers I try to avoid reading reviews or related articles until after I see a film. I love films that stick with me long after I’ve watched them. If I’m still thinking about a film a week or even a month later, then I consider that a good film. The following is a list of 10 films that stand out to me, although the list is always changing and these films are not listed in any particular order.

Song of the Sea
This film was a nominee for Best Animated Film at the 2015 Academy Awards, and was featured during Film Club’s third Lost Weekend movie marathon in March 2015. It’s about a little girl, Saoirse, and her older brother who find themselves on a journey to save the fairies that have been trapped in the modern world. The story is based on Irish legend, as Saoirse is the last of the selkies, who are women that can transform into seals. I don’t know what it was about this film, but I can’t remember the last time a film could so emotionally affect me. Every aspect of this movie just came together so perfectly: the voice acting, animation, storyline, and the music. About two-thirds into the movie I had tears just streaming down my face, and it wasn’t because it was a sad story, it was just emotional. The love between Saoirse and her brother was powerful, and by the time Saoirse sings her “song of the sea” I had just about lost it in terms of keeping myself together. When the movie was over I looked over at a friend of mine who was just shrugging his shoulders like “eh, that was an okay movie”. Isn’t it amazing how films can affect everyone so differently?

What We Do In The Shadows
This was another movie from the third Lost Weekend. While I’ve seen many a film that is heavy and deep in story, every once in awhile I get to see a film that is so hilarious that even a week after seeing it I found myself spontaneously bursting into laughter because a scene from this movie would just pop into my head. The film is a mockumentary about four vampires living together in the modern world and dealing with the mundane struggles of surviving in the city. These struggles include flatmate issues of whose turn it is to wash the dishes and the difficulty of trying to enter a local nightclub because they have to be invited in and the bouncer doesn’t get it. If you’re like me and you love quoting movies randomly in social situations, then this is your film, because it’s full of quotable gems (“we’re werewolves, not swearwolves!”).

The Broken Circle Breakdown
This film was an Academy Award nominee for Best Foreign Language Film in 2014 and it was the opening movie for film club’s first Lost Weekend in February 2014. This Belgian film chronicles the relationship of a couple, Elise and Didier, who fall in love despite their differences in beliefs and personalities. These differences come into play over the course of their relationship especially when their daughter becomes seriously ill. But what does unite them is their love of music, as Didier is in a bluegrass band, and Elise joins the band as a singer. It’s interesting to watch a movie like this that celebrates American music and culture from a foreigner’s point of view and does it so well. It’s a very emotional movie but it sticks with you and the musical numbers are just wonderful.

Spring
Who doesn’t love a good old fashioned romantic movie? Boy meets girl, romance ensues, but the girl has a secret that causes her to eat her pet rabbit. When I first watched a trailer for this movie, I thought maybe it was a horror film. But when I watched it, I was pleasantly surprised as to how it wasn’t the movie I thought it would be. Evan is a young man who had to put his life on hold to care for his dying mother. After her death, he finds his life starting to fall apart and flees to Italy to escape his troubles. There he meets Louise, who is beautiful and intelligent, and it doesn’t take long for Evan to fall in love with her. But Louise is harboring a secret that gives this story a great supernatural twist. The movie plays out like a good romance as Evan and Louise get to know each other, but the tagline for the film is “love is a monster” and that accurately describes this film. The cinematography of the Italian landscapes are also breathtaking.

Mommy
This was the opening film for the third Lost Weekend, and what an emotional punch to the gut this was. Diana, a widowed single mother, attempts to take care of her teenage son after he’s kicked out of yet another institution due to his violent outbursts. She finds hope when a neighbor enters their lives and offers support, and a deep friendship is developed between the three of them. The movie was shot in a 1:1 aspect ratio which adds to the emotional tension and allows a more intimate view of the characters. The acting is phenomenal, and I couldn’t believe that this was directed by a 25-year-old (Xavier Dolan). I’m definitely looking forward to what Dolan works on next.

City Lights
I had never watched a silent film before, so it was a great opportunity to not only see Charlie Chaplin’s City Lights on the big screen, but also with a live musical accompaniment. Chaplin’s character, The Tramp, falls in love with a blind flower girl and attempts to earn money to pay for an operation that will cure her blindness. The film has a combination of emotional performances along with great slapstick comedy all enhanced by the original live score performed by local artist Ynicorns. Here’s a good reason to see films at your local theater: if you wanted to watch City Lights in the comfort of your own home just remember that Ynicorns won’t be all of a sudden showing up at your door to play the soundtrack while you watch it.

Housebound
One thing I love about being a part of Film Club is that we get to see a number of advance screenings, and Housebound was one of them. The film probably only played in a handful of theaters, but it’s a great horror-comedy gem out of New Zealand. After being arrested for committing yet another crime, Kylie is sentenced to house arrest at her childhood home. Her mother has always believed the house to be haunted, and when strange things start happening around the house, Kylie wonders herself if this is true. The film does a great job in balancing the scares with humor and I found the story to be original and unpredictable.

Coherence
If you have a good story to tell, you can still make a great movie even if you don’t have a large budget, and Coherence is a perfect example of this. This science fiction tale centers around a group of friends gathering for a dinner party. As a comet is passing overhead, things start to get strange. The power goes out, yet there appears to be only one house in the neighborhood that still has power. When a couple of the dinner guests go out to investigate, well that’s when this film turns into a great mind-bending thriller. If you like films like Primer or Timecrimes, then I highly recommend Coherence. It blends science fiction with mystery all while taking place within the confines of a house and without the need for special effects. There are scenes featuring what seem like random dialogue that later on become vital to the story. You definitely need to pay attention to everything throughout the film which what makes it so great.

A Girl Walks Home Alone at Night
This movie is described as an Iranian vampire western, which in some respect is true considering the mixture of genres the film uses. The story takes in the fictional town of Bad City, and it’s pretty obvious how bad this place is when the local dump is filled with dead bodies. The city’s inhabitants include drug dealers, drug users, and prostitutes, and all are under the watchful eye of a lonely and mysterious girl who uses her vampirism to administer justice against the wicked. The movie burns slowly, and is gorgeous in black and white. It also has a great soundtrack featuring Ennio Morricone inspired tracks which add to that western feel.

Hedwig and the Angry Inch
While Hedwig is an older film, this was my first time viewing it with Film Club. What made it all the more fun was watching it in a 35mm format, which made this viewing so much enjoyable. Hedwig is a transexual punk rocker who tells her life story during her gigs while on tour with her band. Though she was born a boy, she became a girl so she could marry the American GI she fell in love with and escape East Berlin. It’s a dark story, but the characters have great emotional depth and the musical numbers are fantastic. I love the character of Hedwig, who on one hand has endured much suffering, but on the other hand is vibrant and has a great sense of humor about her. If you love musicals, then this is totally worth your time.

Julie enjoys spending her spare time watching movies and listening to vinyl records. Her work paycheck gets directly deposited right to her local movie theater since this is usually where she’s at.