The Young and Prodigious T.S. Spivet is a mouthful of a title directed by French filmmaker Jean-Pierre Jeunet. The movie is adapted from the book The Selected Works of T.S. Spivet by Reif Larsen about a boy genius who finds himself journeying across America from Montana to Washington DC after learning he’s won a prestigious award from the Smithsonian Institute. While the film was officially released in 2013, it barely made a splash in theaters in the United States thanks to The Weinstein Company, who wanted to make edits to the film that Jeunet refused to make and they ended up not supporting the film. It’s a shame the film didn’t get its chance in the theaters since it was filmed in 3D and really deserves a theater experience instead of just the streaming services it now languishes in. If you enjoyed Jeunet’s film Amelie, then you’ll definitely feel the same whimsical spirit in T.S. Spivet.

First we meet T.S. and his family on their ranch in Montana. His family includes his rancher/cowboy father, his scientific mother who researches bugs, and his older sister who dreams of being in beauty pageants. T.S. also has a twin brother, Layton, but unfortunately he died in an accident when he and T.S. were playing in a barn. While T.S. has a loving family, Layton’s death casts a dark cloud over them, and his mother and father become distant from each other and more absorbed in their work and don’t want to talk about the accident.

T.S. sneaks into a local university lecture and listens in on a professor discussing perpetual motion, which inspires T.S. to draw up a blueprint for a perpetual motion machine. This unexpectedly captures the attention of the scientific community, and one day the Smithsonian calls him to announce that they want to present him a with very special award in Washington DC. However, they have no idea that he is only ten years old. T.S. initially doesn’t consider accepting the award, but with his family being emotionally distant and his frustration with the fact that he’s smarter than his teachers at school, he then decides to head toward Washington DC by stowing away on a freight train in the second part of the film. 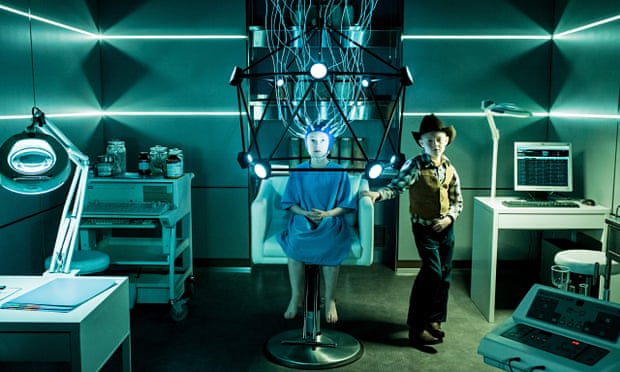 For the final act, T.S. makes it to Washington DC, where he discovers the city is a much different place from Montana. The city celebrates his genius, but he also can tell the people surrounding him don’t feel genuine and are rather superficial.

There’s quite a bit of humor laced throughout this film which makes it rather enjoyable to watch. The 3D really adds to the story, as opposed to just supplying neat shots. While the film comes across as whimsical and funny, the storyline itself is somewhat dark. In some ways the film struggles to find a steady balance between the humor and the deeper moments. What was also interesting was watching a movie about America that was mostly filmed in Canada by a French filmmaker. As a result, it gives the American setting a more fantastic and dreamy feel while making the story seem more like a modern fairy tale.

It was a great opportunity to be able to watch this film in 3D at the theater. I can only hope this film can find its audience because it does deserve to be seen.

WHEN JULIE ISN’T WATCHING MOVIES OR COLLECTING VINYL SHE ENJOYS SPENDING TIME WITH HER CATS BECAUSE SHE’S BROKE AND THAT’S ALL SHE CAN AFFORD TO DO.

Who Is T.S. Spivet? A Review