Always I entered the theater as I like to BLIND, no research done, no checking IMDB at the last minute and my first reaction:

What do I see? A girl trio? Another one, really? I always look at movies and see the classic ‘happy’ trio of girls — The typically beautiful one with a reason to always impress the public including her friends who she believes will follow her blindly to the end of the abyss, the level headed slightly innocent one who is beautiful but in a less distracting manner but ironically is always distracted, and the least attractive one that has such a powerful and successful presence in her everyday life that she tries to wind down and let other take the reigns in private.

There’s no rule that when girls decide to be friends there’s some hierarchy measured by bitchiness that determines a ‘leader’. As BODY made it clear to see, if the distracted one in this archetypal girl trio decides to notice reality for long enough she can be just as bitchy and 5 times as creative which will ultimately end up in the demise of the HBIC (Head Bitch In Charge) and the less attractive will follow anyone. So to avoid brutally bashing our friends heads in as BODY shows us we pick the ones that don’t put us in compromising such as taking us to the mansion they say belongs to their uncle but is later revealed to be the home of a family they used to babysit for and the family is on holiday. Throw in accidentally severely injuring the groundskeeper in attempt to escape safely and then HBIC going into a murderous rage and the two bottom level girls of the trio hierarchy end up looking something like this:

A lot of the plot for this movie was hard for me to focus in on. There was a lot of hyperventilating and screaming and plenty of bad plans try to get out of the situation unscathed. There was one thing that stuck out to me that I can’t describe as anything but ingenious. The typically beautiful girl responsible had a mindset after stuff hit the fan that focused mostly on telling half truths to make the situation seem convenient and none of these plans worked so the distracted girl was all for telling the truth but after the demise of the HBIC the distracted one constructs the perfect plan by telling nothing but lies. One life taken and her entire outlook on the situation has changed. It only took one body. 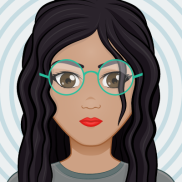 Why Best Friend Trios Don’t Work for Girls: A review of Berk and Olson’s BODY