For some, it was Bridesmaids. For others, the throwback laugh track of Mike & Molly. For the middle aged (admit it) and Netflix converts, it was Sookie St. James who had us at hello. Melissa McCarthy’s sugar-filled Sookie was a welcome excursion when the Gilmore Girls of Stars Hollow veered too far into tears, Taylor rants, and melodrama. (Jess over Dean, Rory? Really?)

While McCarthy is a long way from her Dragonfly Inn days, her comedic timing and one-line zingers are on par in the James Bond parody, Spy. McCarthy plays Susan Cooper, a CIA analyst aiding famous superspy Bradley Fine, played by the strangely thin Jude Law. (Try a donut…or three) When Fine is killed by villain Rayna Boyanov (Rose Byrne), Cooper goes undercover, aided herself by the fantastically gawky Nancy Artingstall, aka Miranda Hart of Miranda fame.

(Stop everything and watch all seasons of BBC’s Miranda right now. Seriously, do it! Then try your best not to sing “What have you done today to make you feel proud”?)

Cooper dangerously treks out of her comfort zone, ditching ridiculous cat-lady covers and equally ridiculous undercover spy “helpmates” Rick Ford (Jason Statham) and Aldo (Peter Serafinowicz) in her pursuit of a nuclear bomb and the woman who killed her partner.
While Law, Stratham, and Serafinowicz all contribute to the hilarity, it is McCarthy who shines brightest, moving from timid “basement” support girl to full-blown badass. This is a genuine, 2-hour action flick with enough car chases and shoot outs to satisfy the Rambo-bloodlust in anyone. There’s even an extended (and cringe-worthy) knife fight between McCarthy and a female henchman (Nargis Fakhri). Really, when was the last time you saw a knock-out knife fight between two women? 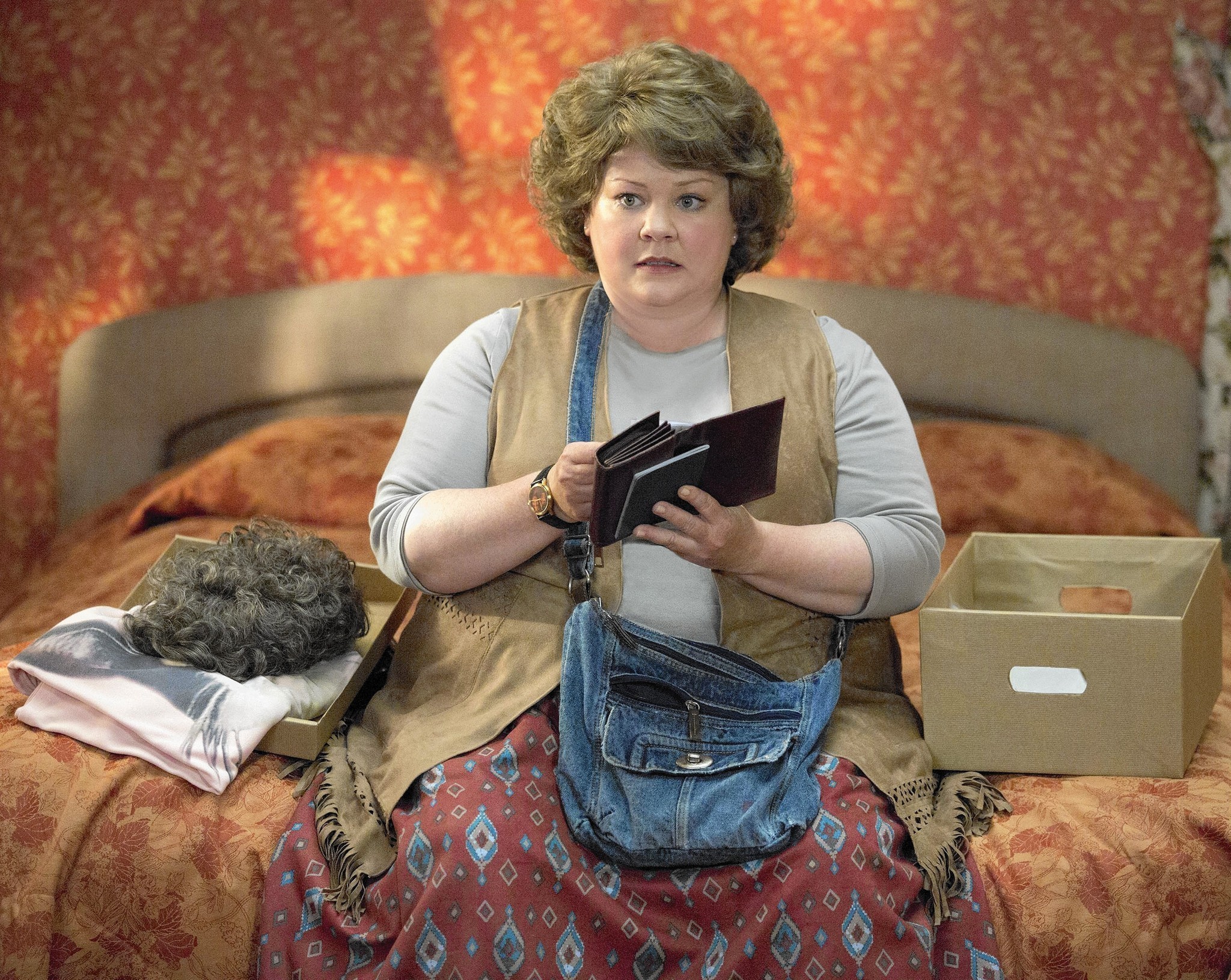 The drawbacks of the film are minor – extraneous penis shots, boob jokes too numerous to count, an unnecessary 50 Cent sighting, and a terrific rodent bit cut too early in the film.
In physical comedy, McCarthy is America’s Dawn French and director Paul Feig’s use of Hart, another physical comedy actress from England, confirms the shift from “funny” (read: vapid) women as placards for male punch lines to fully dimensional main characters. In delivery of fresh, feminist dialogue, McCarthy has no peer. (To prove this, see The Heat) And on the subject of feminist film, while Spy certainly passes the Bechdel test, it does much more than that. The film is filled with subtle details, such as the fact that the only character faces seen during the title sequence are women from the film, as well as major talking points. When CIA director Elaine Crocker (Allison Janney) learns that Cooper elected to become an analyst rather than a field agent due to Fine’s suggestion, she replies that such a thing wouldn’t happen on her watch. The theme of women-helping-women in tough professions is found throughout the movie, with Cooper opting for a girls’ night over Fine’s dinner invitation and Crocker making sure Cooper always has her next assignment in hand. Indeed, if agency is the calling card of feminist fare, Spy’s females are making the choices, defending their turf, and killing the bad guys.

I left the theater cheered by such a fun and unexpectedly powerful character. This was no harried driver carting around a glorified milk truck, but a female kicking ass and taking names. I certainly hope the hint of a sequel comes to pass.

Jen Gyurisin writes Anonymous book reviews for a National Publication, works as a rare book shoppe assistant, and teaches English at Shenandoah University. She has several literary tattoos she’d rather not share and a serious coffee addiction. You can see her huffing and puffing her way through Terrence Malick films with Andy at Alamo Drafthouse.